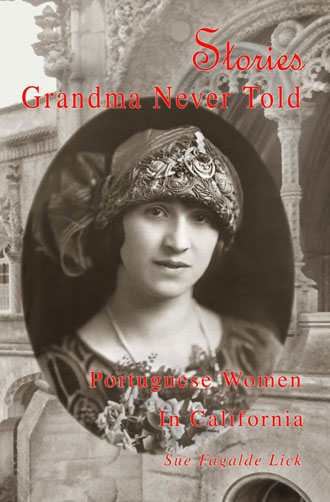 Once upon a time there was a journalist with long curly hair, big glasses, and a penchant for blazers with padded shoulders who traveled around California interviewing Portuguese women. She carried a steno pad, a micro-cassette recorder, and a heavy Minolta Camera with extra lenses and a detachable flash. She used Tri-X black and white film. The women wondered why she might find them interesting, but they welcomed her into their kitchens, living rooms and shops. The result was a book, Stories Grandma Never Told, published by Heyday Books in 1998.

The day the book came out was the day this young journalist felt like a real author. It was released at the annual Dia de Portugal festival held at the San Jose Historical Museum. As Portuguese music played, young queens in white paraded, and crowds feasted on Azorean pastries and linguica, she sold book after book after book. Women bought them for their mothers, sisters and daughters. People featured in the book came to have their pictures taken with the famous author. Her whole family was there. It was heaven.

That was my third book but the first one that was my idea, my words, my pictures, me on the page. I had gotten the idea while writing The Iberian Americans, an overview of Portuguese, Spanish and Basque immigrants. Very little had been written about Portuguese women. I could see how I was a direct product of my mother, grandmother, great-grandmother, and beyond. I had never asked for their stories, but now I dove in, starting with everything “Portuguese” listed in the telephone book. It was a long process, and I had a hard time finding a publisher. I was about to give up when Malcolm Margolin at Heyday offered me a contract. 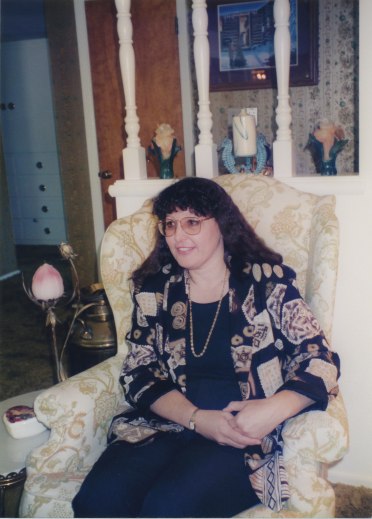 The book came out 21 years ago. Heyday did a great job producing and promoting it, but they decided after eight years and three printings to let it go. I republished it under my own Blue Hydrangea imprint. Decades later, it’s still selling better than my other books. To increase distribution, I am republishing it this month with Ingram, the company that supplies most bookstores. This means that if you request this book at any bookstore, they should be able to order it for you. Amazon.com will not be the only place to get it.

To bring “Grandma” up to date, I have been looking up the women I interviewed. A lot has changed. Many of the older women I interviewed have died. I’m grateful that I was able to capture their stories. Otherwise, they’d be gone. Some of them documented their lives for their children and grandchildren, but others never thought it was important and the kids didn’t ask, just as I didn’t until I started working on my book.

Finding people is a lot easier these days. I didn’t have Google or Facebook back in the 1990s. I collected my interviewees by word of mouth—“you should interview so-and-so”—by showing up at events, and by many hours taking notes by hand in various libraries.

So many of these women became friends. They felt like family. We exchanged letters, Christmas cards, and phone calls. We met every year at the Dia de Portugal, where they’d wear their Azorean costumes with full skirts and white blouses as they peddled food or marched in the parade. It’s hard to lose them. I already knew about many of them, including my Aunt Nellie, Aunt Edna, my mother, and my college mentor Dolores Spurgeon. I mourned the loss of my buddy Marie Gambrel. Now I know that Virginia Silveira, Edith Mattos Walter, Bea Costa, Pauline Correia Stonehill, Doris Machado Van Scoy, Maree Simas Schlenker are also gone.

But I also know that former student Krista Harper is now a college professor, that Katherine Vaz got married and lives in New York, and that former Sacramento news anchor Cristina Mendonsa now broadcasts across the United States. It has been a long time, but many of the younger women are still celebrating their heritage the way they used to.

Books on Portuguese Americans occupy a lot more shelf space than they used to as a younger generation of immigrants go all-out to tell their stories. Portuguese Heritage Publications of California and the University of Massachusetts Center for Portuguese Studies and Culture have both put out numerous books about the Portuguese. But Stories Grandma Never Told was one of the first.

I’m proud of that young curly-headed woman who pushed through her natural shyness to make the phone calls, take the trips, and ask the questions that resulted in Stories Grandma Never Told and of the stubborn older woman I am today who refuses to let those stories disappear.

The new Ingram edition, with a return to my favorite cover, will be out on my birthday, March 9. You can still buy Stories Grandma Never Told in print or as an ebook at Amazon.com, too. That version will soon be updated, too.