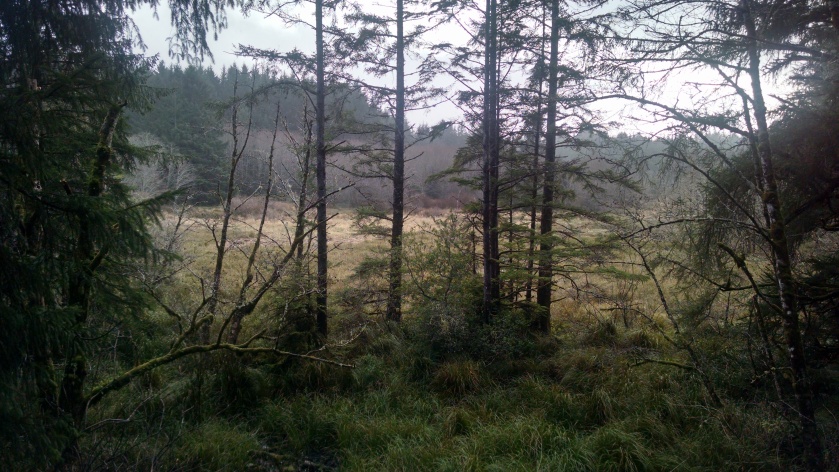 Sometimes I think about moving back to California. Hold on, coastal friends, I’m only thinking. If you know me, you know I think about a lot of stuff, but keep living the same life.

On those days when I’m tired of the cold, I yearn to live someplace warm, someplace where I could grow tomatoes and roses and sit in the sun in February. When I talk to my father and think about how much better his life might be if I were there to help him, I think I need to be in San Jose. When family members get together without me, I think what the heck am I doing up here alone in Oregon? That’s what my family thinks, too. They don’t understand why I’m still here now that my husband is gone.

If not San Jose, maybe I could relocate to Merced, near my brother’s family and not too far from Dad. It’s warm there. Okay, in the summer, it’s damned hot. It’s cow country, conservative, possibly sexist, and my allergies would probably go nuts. But they do have a Catholic church where I could sing. There’s a writer’s group I could join, a community college where I could teach, and all the stores we don’t have here. I could make it work.

But after 22 ½ years on the Oregon coast, I’d have to start over, wouldn’t I? Here, I run into people I know everywhere I go. When I step out the door, my neighbors wave hello, and it continues in the nearby towns up and down Highway 101. Friday night, for example, I went to listen to friends playing music at Canyon Way, an old bookstore where two of its rooms have been transformed into a nightclub. My friend Renae, outside grabbing her last pre-gig smoke, hugged me on the way in. My friend Debbie found me a seat with Twylah, a woman I hadn’t met yet. We had seen each other all over town, and now we are friends, too. I got many handshakes, hugs, and smiles. I came alone, but I didn’t stay that way. I can’t imagine this happening in San Jose.

On Sunday, after playing music at two Masses at Sacred Heart, where I knew almost everybody, I attended the Oregon Music Teachers Association concert at the Performing Arts Center. I had friends on stage and friends all around me. Again I came alone, but I didn’t feel alone. Of course I also got drafted to sing at an event this week, but that’s okay.

When I think about the crowds in the vast theaters in big cities, I get nervous. Talk about feeling alone. I probably wouldn’t know a soul, and I’m not the kind of person who chats easily with strangers. And yet I know all these wonderful people here on the coast. In a small town, that happens. Even if we don’t know each other, we talk in line at the J.C. Market or in the waiting room at Grove Veterinary Clinic.

When Fred died, my father and brother were amazed at how many people came to the funeral. The chapel was full. Friends sang and took care of the food, so I didn’t have to do anything. I was not surprised. That’s how it is here.

In Oregon, people know me as a musician and a writer, the identity I have carved out for myself. That and Annie’s “mom.” They know I worked for the News-Times, taught at the college, have published books, performed at various events, and sung and played at Sacred Heart for years. They know me from yoga class, the Central Coast Chorale, the Nye Beach Writers Series, Willamette Writers, and the vet’s office. They see my name in the paper. They know I used to be married to Fred. Except for the part about being married to Fred, most people in my family don’t know any of that, although Facebook helps.

How many of our families really understand who we are?

Back in California, I’m Ed and Elaine’s daughter, Mike’s sister, his kids’ Aunt Sue, and cousin to a bunch of people who barely know me. It’s sad but true. I love my family and wish I could spend more time with them. Commuting to San Jose to be with Dad is exhausting and expensive. I wish the family would come here sometimes. I-5 does go both ways. They have their reasons.

Sometimes I truly hate the weather here. Cold, wet, windy, icy, bleh, but oh, when the sun shines, it’s glorious. I love the ocean. I love the trees. I still look around and say, “It’s so beautiful!”

I always get this feeling when I cross the border back into Oregon that now I can breathe and be myself. I didn’t grow up in a family that sang together, attended poetry readings or plays, or considered the arts a worthy investment of time. I was the odd one, but here, I have found my tribe. Also a place with no yellow jackets, no poisonous snakes, no poison oak, and no real traffic, except the occasional slow-moving motorhome.

A week from Saturday, I’ll be 67 (yikes!). Do I want to start over again? I don’t think so. I might move into a smaller home nearby with less maintenance. I wouldn’t mind a vacation to somewhere sunny and warm, preferably with a handsome man who could pay for it all. But this is where I live.

The house across the street from my father, built around 1950, an ordinary post-war tract house, just sold for $1.5 million dollars. It’s nuts down there in San Jose. So when I think about moving, I’m just thinking, not doing. No worries.