X is even worse than Q for finding words to write about, but Xerox is one. Of course it didn’t used to be a word. It was invented as a trademark for the machines and the process that did xerography. Definition (hold on, this is pretty complicated): a process for copying graphic matter by the action of light on an electrically charged photoconductive insulating surface on which the latent image is developed with a resinous powder.” Um, what?

It’s a photocopier. Show of hands: How many remember when there was no such thing as a Xerox machine? What did people do when they couldn’t walk up to a machine, put their paper in, push a few buttons and make as many copies as they wanted in a couple minutes? Just before photocopies, teachers made dittos, those awful blue things I grew up in with elementary school. But most people didn’t have ditto machines. They used carbon paper, wrote or typed it (on a typewriter) again and again, or paid to have it printed on a printing press for which each letter or punctuation mark was set in lead type. Clearly, people didn’t find themselves nearly as buried in paper as they are now because it was hard to get a copy. The person who had the paper with the information on it had the power. And, it was pretty hard to make illegal copies of documents, art work or anything else.

Also, nobody could make copies of their faces or their butt cheeks when life got boring.

When the first copy machines were installed, people got pretty excited. I was working at the Milpitas Post when we got ours. It used that nasty slick paper on which the print smeared, and it didn’t work half the time,but it was a start. Was it a Xerox brand machine? I don’t know. Probably.

Back in the old days, nobody had their own Xerox machine. They made copies at work or at a shop like Kinkos. Starting in the 1990s, Fred and I had a series of copiers in the house. He needed one for his tax business, and I used them for my teaching and writing activities. After Fred retired and I killed the last copier, a genuine Xerox machine, I decided I didn’t really need it anyway. I can make copies with my scanner and print multiple copies with my computer, both machines that weren’t around when I was growing up.

The corpse of our old Xerox machine is still here if anyone wants to help me carry it to their house or to the dump. I’m guessing it weighs about 80 pounds. I wonder if I could take out the guts and use it to store wine or DVDs.

Xerox is a trademark, which is often used incorrectly as a noun–the machine or the copies the machine makes–or a verb–to make photocopies. Ideally we should use the name Xerox only when we’re talking about an actual Xerox brand machine and say “photocopy” the rest of the time, but hey, X words are hard to come by.

It was this or write about my collection of foot and ankle X-rays. Forgive me if I’m rambling, but I’m sick today and don’t want to quit the A to Z challenge with only three days left. If today were the W day, my word would be “wretched” for how I feel. But the alphabet goes on.

X stands for Xerox. For more information about Xerox, visit Xerox.com or Wikipedia. Only two more days left in the April A to Z blog challenge. Come back tomorrow to find out what Y stands for and stop in at Childless by Marriage on Wednesday for the grand finale with Z. Will it be zucchini, zigzag, or zippity doo dah? Even I don’t know yet.

My alphabetical posts have been spread among my three blogs as follows: 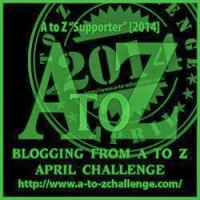 3 thoughts on “X is for Xerox”