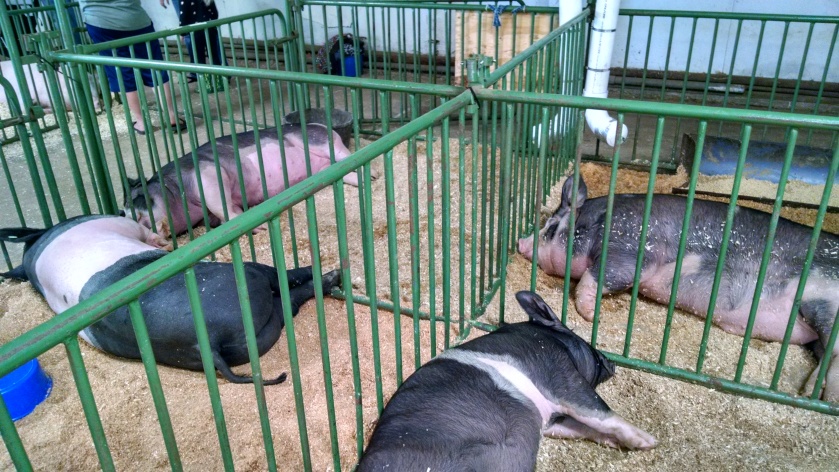 I grew up going to the Santa Clara County Fair in San Jose. Even got one of my first jobs there. That fair was HUGE. You could walk all day and not get to the end of it. Top-name acts played in the bandstand, giant halls were filled with needlework, baked goods, and people selling things like kitchen knives and Magic Fingers massage chairs. The food, the rides, the horses, the tractors, it went on and on. There were fireworks every night of the fair. It was also hot, smelly, expensive and crowded but that’s the county fair. You eat junk food, drink beer, dance to the music, play the games and pet the goats.

The fair here in Lincoln County is a little different. Billed this year as the all-new fair, it wasn’t much different from before, except that admission was free. Still no place to park, same booths selling corn dogs and elephant ears–big floppy sheets of sugared pastry, same old tacky rides, same goats and chickens, same guy playing guitar on the main stage to a sea of empty chairs. The big featured act was a couple who impersonate Johnny Cash and June Carter Cash. But as they used to say in San Jose, Fair Time is Fun Time. I’ll let my pictures say the rest.