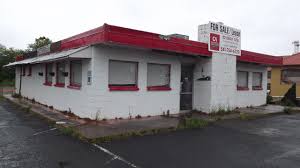 Remember the Big Guy’s Diner? I do. Located in Newport, Oregon, it was a block of white bricks with red window trim. A bell rang when you entered the door. Often the big guy himself, owner Mark Jones, was cooking at the grill. You could sit anywhere. It was casual, and if the plasticized menus were a little sticky and the bathrooms slightly disgusting, so what? You could get a milkshake there that would cure just about anything, and the Monte Cristo sandwiches were heavenly. Although some of our friends decided The Big Guy’s was not up to their standards, Fred and I went there a lot. He was a fan of the two-two-two breakfast: two eggs, two slices of bacon, two pancakes. My order depended on my mood. Feeling virtuous: a BLT and soup or salad with iced tea. Just don’t care anymore: the Monte Cristo with fries and a vanilla milkshake.

After Fred’s Alzheimer’s diagnosis, I attended support group meetings in an office across the street in the Sea Towne shopping center. Fred would meet me afterward at the Big Guy’s. It was like a date. I’d park my Honda next to his blue pickup, and we’d say hello as if we were surprised and delighted to run into each other.

Alas, when Fred couldn’t drive anymore, our Big Guy’s dates ended. Soon after that, the restaurant closed. The property sat vacant for years, but finally the old building was razed, and O’Reilly Auto Parts moved in. Fishtails in South Beach became our regular lunch spot. 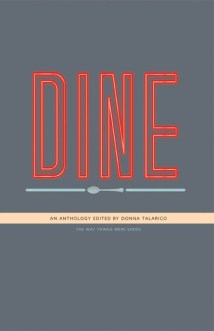 Searching through old posts, I’m surprised I didn’t write anything about the Big Guy’s Diner here before. Now I don’t want to say too much because my essay about that piece of Newport history is soon to be published by Hippocampus Press in a new anthology of true stories called Dine. Imagine a whole book devoted to our favorite “greasy spoon” restaurants. They shared the cover last week. Preorders begin in August, with publication Oct. 1. Read more about the book here.

That means I will be promoting two books in October, Dine and my poetry chapbook Gravel Road Ahead. The chapbook is a collection of poems about being the wife of a person with Alzheimer’s disease, from diagnosis to the inevitable end. Preorders for that book are being taken now. I need my friends to order lots of copies to ensure a full press run. Click here, order, tell your friends. If you want an autographed copy or just don’t want to mess with the publisher’s forms, contact me directly at sufalick@gmail.com to let me know how many copies you want, and I’ll put you on the list. 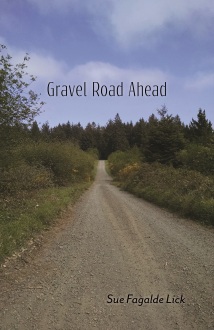 I also have a piece on sex (gasp!) about to appear in Creative Nonfiction magazine, and a second chapbook, Widow at the Piano: Confessions of a Distracted Catholic, is coming out from The Poetry Box next March. I have already had poems appear this year in Rattle and Atticus Review. Although 2019 has been the pits personally—all the Dad drama, Annie’s surgery, and certain personal ailments I don’t care to discuss, professionally it has been amazing. Odd-numbered years seem to be good for my writer self.

I feel a little guilty about all this advertising and bragging, but when a friend asked yesterday what I was writing, all I could think of was promotional material for all of these publications. There’s a lot of behind-the-scenes work for every book that comes out.

So, who remembers the Big Guy’s? Now that it’s gone, do you have any suggestions for Oregon diners that would be good for book-signing parties? I can’t think of a better combination than crisp, salty French fries and a good book.