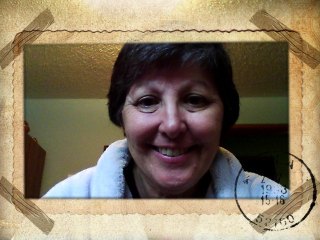 Things move fast in this 21st century world. On Friday morning, I received an invitation from Huffington Post Live to be part of a webcast panel discussion on growing older without children. It was scheduled for 6 p.m. that very night.

I hadn’t done a webcast before. I’ve been on TV and radio, but this was different. I would talk from my own office with other panelists I’d never met speaking from their homes or offices in other parts of the country and a hostess in a studio somewhere. Following instructions, I installed a new program on my laptop and tested it with the pretty young producer—but not before I got all dressed up, even put on my dangly earrings and eyeliner. Suddenly I could see her, and she could see me. Looking at myself on the screen, I wondered how I could get rid of my jowls by 6:00. Duct tape? And why was my hair sticking up like that?
Meanwhile, I had a chiropractor appointment, and Annie, my dog, seemed to be sick. Yikes. How could I do real life when I was going to be broadcast on the web in mere hours? I drove to town, got my spine adjusted, raced back to the office and hoped Annie could hang on till Saturday. On our afternoon walk, she was active enough but cranky, going all Cujo when we met other dogs. Maybe she just didn’t like unfamiliar voices being broadcast into our house.
At 5:30, I redid my hair and makeup and took my phone off the hook, then went to my computer. The producer had said some guy named Max would send me a link to the show at 5:45. Sure enough, there it was. I clinked on the link, and suddenly I could see him—so young, tattooed and pierced!—and he could see and hear me sitting here at my desk where I’m typing in my nightgown right now. I could also see myself. Suddenly I wished I looked like all those young women on TV with the skinny bodies and the long flowing hair.
We had 15 minutes to showtime with nothing to do but stare at each other, so I started reading a newsletter on my desktop computer, multitasking as a way to calm my nerves. When I turned back, my laptop screen was blank, except for a message telling me the server was unable to connect. What! I was offline, Max was gone, and the show was starting in a couple minutes. I clicked “Try again,” which never works on this computer. Shoot! I clicked restart and watched in despair as the computer shut down and started up again, wasting valuable seconds. I prayed, “Please God, please God.” The icons on my screen filled in, and I clicked my Internet connection. “Please God, please God.” Nuts! Unable to connect.
Drastic measures were needed. Phone back on the hook, it rang immediately. Max: “Hey, is there a problem?” “My Internet connection went out. I’m rebooting.” He told me to get in when I could. The show would already be going. I ran to the other room, turned off my WiFi connection, held my breath for 30 seconds and restarted it. Then I ran back to the computer to reboot. “Please God, please God.” It was 6:00!
Internet! “Thank you, God.” I clicked the magic link. I heard myself being welcomed to the show. Right away, the hostess turned her attention on me. Apparently this segment was at least partially inspired by my Mother’s Day Huffington blog post. I started talking, and sounded at least reasonably intelligent. I could see myself and four other faces. Why was I making such weird expressions? Why did my eyes look half-closed? Why couldn’t this be radio? We talked, we debated, we answered questions. Then, without an apparent goodbye, the hostess thanked Cadillac for its sponsorship, and suddenly we were watching a car commercial. We panelists, still in little boxes at the bottom of the screen, looked at each other via computer from Oregon, California, Massachusetts and New York and asked, “Is that it? Are we off the air?” I checked my other computer. Yup. One by one, we clicked exit.
A couple hours later, I tried to explain all this to my father. He did not understand. Where is this? It’s only on the computer? You can’t see it anywhere else? Then he launched into a tirade on the evils of computers. Sigh.
You can see the webcast online at huff.lv/10DJqmv. HuffPost Livebroadcasts discussions and interviews on all kinds of topics, one after another. You can watch them on your computer, iPad, smart phone or other 21st century device. But no, not on your 1985-vintage TV.
Epilogue:
Annie and I went to the vet on Saturday. She has an infection which antibiotics should cure. She already feels much better. “Mom,” for whom the weekend also included playing and singing at two Masses, hosting the open mic at the Nye Beach Writers series, and singing at an open mic in Yachats, is exhausted.